And here we are again, a few words about our second summer/autumn trip. This time we decided to rent a motorhome and explore Croatia. By the way, we found our camper on mycamper.ch
where private people rent out their motorhomes at reasonable prices.

Since we have long been toying with a larger motorhome, this was now the opportunity to test 3 weeks such a big motorhome in Croatia. Our focus was, obviously testing camper life, exploring Croatia and spending at least one week with my father and his partner. We were on the road from September 04 until 24. We were aware of the fact that we will probably not be able to windsurf very well and therefore we rather focused on climbing and biking. 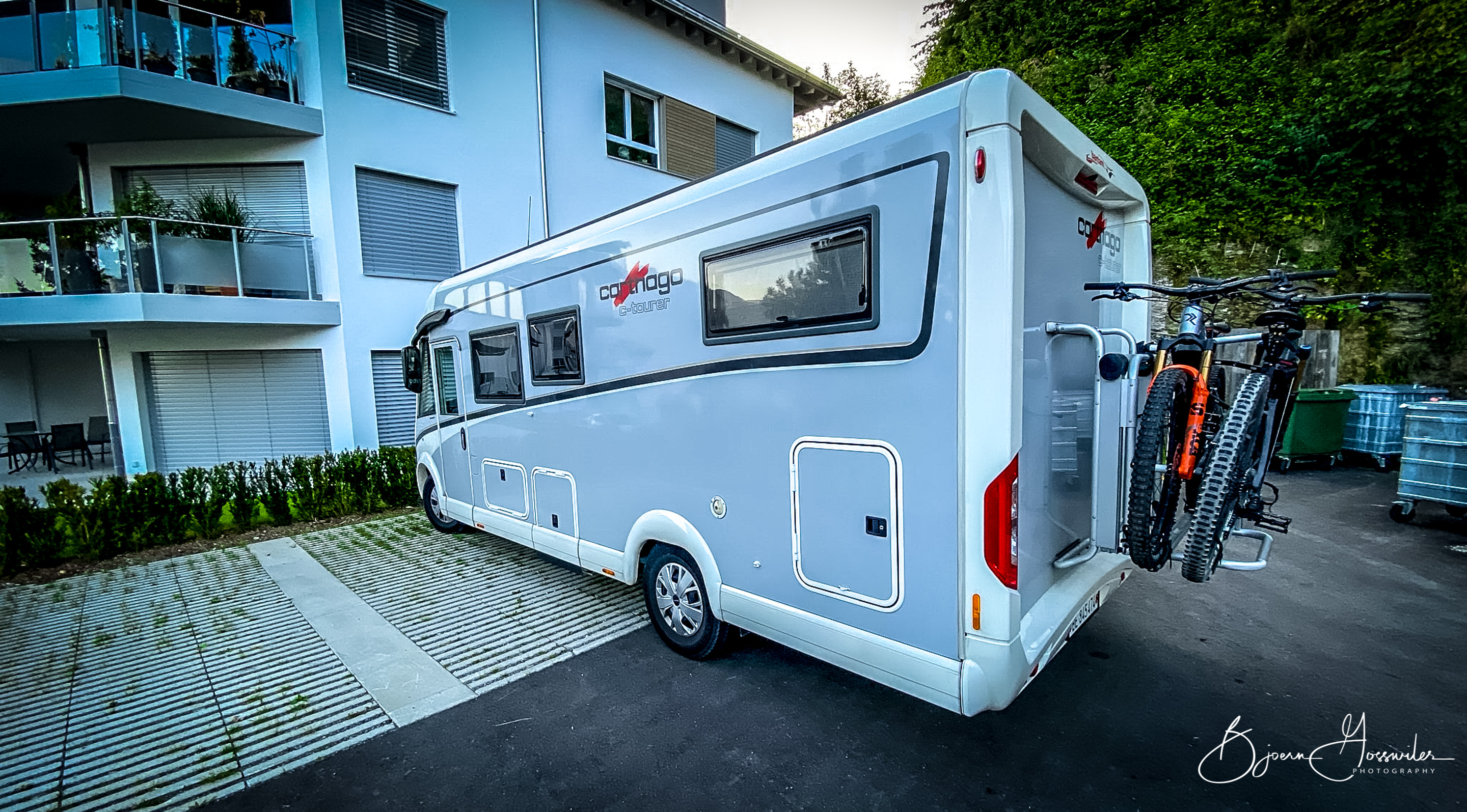 But now back to our rental motorhome which we picked up in Thun. Puuh quite a piece, 7 meters long and 2.35 meters wide. After a few km, I felt quite comfortable with the bulky vehicle, my time as a truck driver in the army came in handy. As the following task, we had to do a covid test once again to be able to enter Croatia legally.

Afterwards, we quickly drove the camper to the weighbridge to confirm our intuition that we were already almost at 3.5 tons total weight unloaded. All this took more time than we had expected, therefore we decided to sleep at home again and start the next morning heading south. We then travelled very well and arrived in Rovinj in the early evening.

The next day we went to the Limski Canal to climb. Puh 30 degrees, luckily we could climb 3 routes in the shade. Since we also had the freestyle windsurf board with us, I looked from time to time if there could be wind. Surprisingly, 20 knots of wind was forecasted in Prementura for the next day. Therefore we drove via Pula, to Prementura. Arrived we found a campsite at the last minute - generally, the campsites were packed, since it felt like half of Europe was camping, because of Covid. Unfortunately, there were then only 15 knots of wind and so we decided to explore the peninsula of Prementura with our bikes. This was a wise decision, great single trails led past beautiful beaches.

In the meantime, my father notified us that they would be in Croatia in a week as well. Now the question arose where we want to go in the meantime. After a long discussion, we decided to spend 1 week on the island of Hvar. Soon we were on our way to Split, where we took the ferry to Stari Grad. Once we arrived on Hvar, we headed again south. After a very adventurous drive - the roads were super narrow - we were able to check-in at the campsite at 18:00.

Wow, superb rock to the left and right of our campsite and almost no people - that's how we love it. Therefore, we decided to stay there the next week and just relax, do some climbing and enjoy the time.

Time flew by and soon we were on our way to the Plitvice Lakes where we met Dad and Ursi. They welcomed us with a great appetizer. The next two days we spent in the National Park
which is recommended, beautiful lakes, landscape & trees - just awesome. By the way, in this area, some Winnetou movies were made.

Unfortunately, bad weather was announced for the upcoming days. Therefore, we decided without further ado to head west to the peninsula of Krk. Towards evening we reached Baska, in the very south of Krk.
The following day we went to the climbing area Portafortuna - a very rewarding main wall with steep long grippy routes.

On the way back north, our next stop - again because of the climbing areas - was first in Medveja and then in Brsec. Both highly reccomended climbing areas, absolutely top. Dad and Ursi did the loop over Rovinj and we met for the last evening together near the Limski Canal. 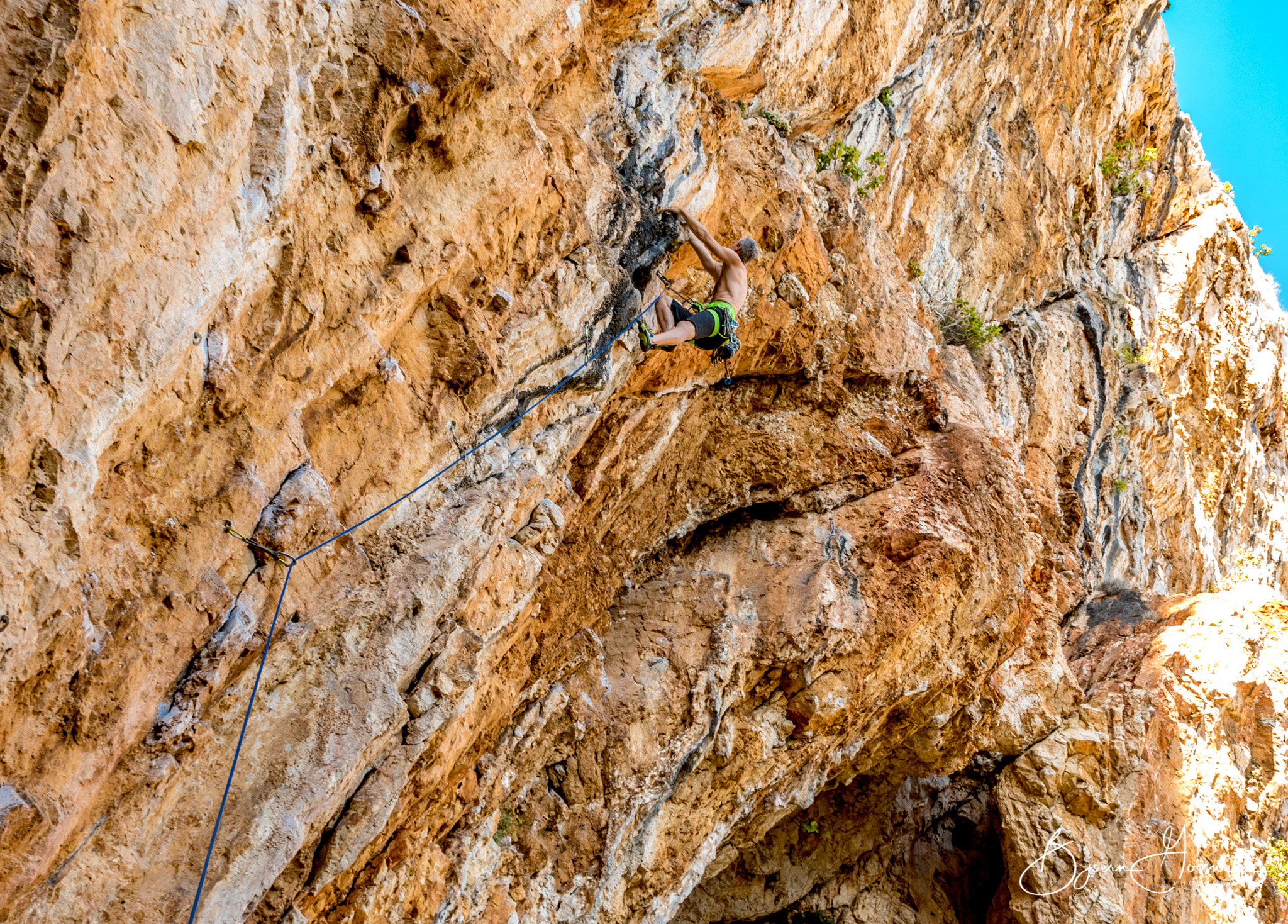 We then headed back home to Switzerland. Dad and Ursi to Hungary, the pensioners even....

All in all a great trip. We were able to see the pros and cons of a large motorhome, did a lot of climbing and rediscovered Croatia after more than 30 years. We will come again, maybe with our own motorhome.

This Was Our WinterTenerife Climbing Windsurfing